This is no ma and pa business, yet it is. It’s located in Cambridge, yet most people, even those outside of Dorchester County, know about Simmons Center Market.  Customers speak of parents or grandparents who brought them to this market when they were young and continue the tradition with their children or grandchildren.

Owner Ricky Travers attributes the success of his business partially to what this grocery/meat/produce/greenhouse/gift shop has chosen to carry in their inventory, partly to their willingness to change with the times, and partly in that they have served the area for the past 83 years.

But it’s not only their longevity that is of note. It is also that this business has been family owned and operated since Jimmy and Elizabeth Simmons, back in 1937 and on a shoestring budget, launched a small grocery store at 600 Race Street. The fact that Center Market is still around and prosperous is no small matter. According to Family Business Alliance research, family businesses account for 64% of U.S. gross domestic product. Yet, only 30% transition into the second generation, 12% into the third, and only 3% will be operating at the fourth-generation level and beyond. Despite what the statistics say, at Center Market, it’s not unusual to find multi-generations working together on any given day. Travers, the grandson of the original Simmons, said he’s been ‘in the business’ since he was six weeks old, watching from a playpen as his mother worked. He and wife Rosi raised their four boys in the store, sending them off to an office/playroom when they got tired. Now grown, three of the four children work with their parents, making up the elusive fourth generation. Travers proudly jokes, “As Governor (William) Schaefer once said: You should grow your own help. To that, I say, ‘yes, that’s what we do.'”

Travers is also proud to keep the traditions established by his grandfather while still appealing to the needs of his current customers. The store carries typical grocery items such as milk, bread, fresh fruits, and vegetables, as well as hard to find or popular things like King Syrup or Old Bay hot sauce. But it’s their selection and attention to meats that keep customers coming back. Says Travers, “If you come in wanting a half-inch thick steak, it’s cut while you’re waiting. Same for ground beef. We fresh grind ground beef multiple times a day. We make our own pork sausage. Our pork loin is fresh, antibiotic and hormone-free. You’ll never have to worry about it being frozen somewhere along the line.”

Freshness is why the store local sources for eggs and produce and why they rely on 25-30 Amish families from the Pennsylvania Lancaster County area for some other popular items. “I have a group that has a cheese facility,” says Travers. “I’ve got another that makes spaghetti, sauces, and noodles. Then there are the ones who can or jar apple sauce, peaches, pears, pickles, and jellies.”

That’s not to say that Center Market hasn’t made changes throughout the years. A gift and garden center was added next door to the store, which carries plants, birdhouses, wrought iron products, holiday gifts, and decorative crafts.

Grandpa Simmons would have approved.

Innovation has been a reason for its longevity. Center Market in 1945, became the first modern self-service grocery store on the Eastern Shore. It was a new concept and new way of shopping for people who, until then, were used to going in with an order and have it fulfilled by the person behind the counter. And it wasn’t exactly a hit. Gentlemen who didn’t appreciate the shopping carts and thought it made them look like they were pushing baby carriages would often pull the carts behind them.

The pandemic might just bring them back to a pre-1945 time where orders will, once again, be fulfilled by the person behind the counter. The family is currently working on a website that will allow customers to order and pay online for over 2,000 products from the store and then arrange for their delivery or pick up. “My grandfather, since he started, has always done home delivery. They used to do it on a bicycle. But this will be on a much larger scale. I’ve had our customers tell me, ‘I didn’t know you did this,’ or ‘why would I ever go spend another hour in a grocery store when I don’t have to because I can give you my credit card my order and you’ll bring it to the house.'”

The pandemic has also exposed the importance of years and years of establishing and cultivating relationships. “During the war,” Travers said, “my grandfather had to be resourceful to find products. It’s like that today with COVID. Certain items are extremely tight and hard to get, and you have to be resourceful. Vinegar was extremely tight. Recently, canned pumpkin was hard to find. At the beginning of the COVID crisis, we probably used ten or more different sources to find good items because the demand was high, and people were buying and in a panic mode. We were able to reach out and find other sources and continue to keep products in-house.”

One thing that will not be lost, at least not yet, is that this giant of a store is still just a country general store at heart. Enter, and you will take a step back in time and be surrounded by antique memorabilia. Jimmy Simmons was a collector who envisioned someday opening up a museum. Travers said his grandfather told him he’d been saving all of all these mementos and thought when Center Market was celebrating their 50th anniversary in 1987, it would the perfect time to display them. “So, we did,” says Travers, “and there were so many comments on it that we decided to leave it up. Everything here is original. There’re no reproductions. It was bought and used in the store, sold in the store, or has some connections to the store.”

Now, the market prepares for the holiday season. “For Thanksgiving, we do awesome fresh turkeys,” says Travers. “We’re the only one on the Eastern Shore that carry Honey Baked hams. We’ll have fresh sausage to serve for breakfast when the family is home. Then we transition to Christmas. In keeping with tradition, Center Market will be heavily decorated and festive, carrying everything from gifts to decorative crafts, from poinsettias, Christmas cactuses, and wreaths to vintage candy.

Grandpa Simmons would be proud.

Simmons Center Market is located at 600 Race Street in Cambridge and is open Monday-Friday 9 AM -5 PM, and Saturday 9-3.  They deliver to Cambridge six days a week, North Dorchester twice a week South Dorchester once a week, the Neck district once a week, and Trappe, Easton, and St. Michael’s once a week. Contact them for additional information. 410-228-4313 or check them out on Facebook (https://www.facebook.com/Simmons-Center-Market-111650152235098) 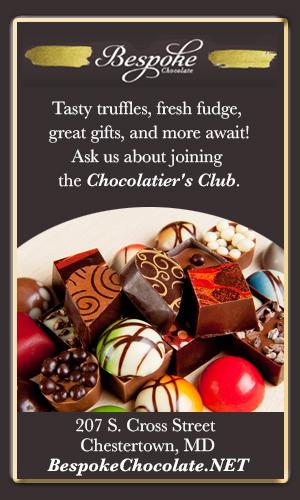